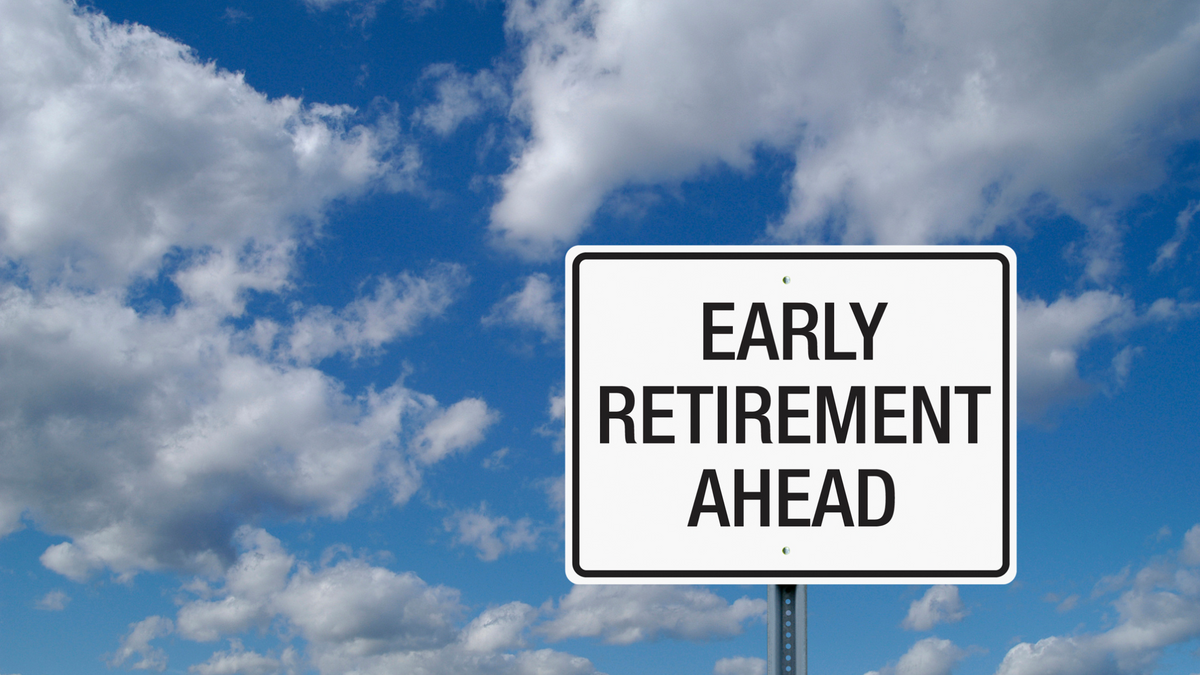 Is an Early Retirement for You?

Early retirement or late retirement - that is the question! If you’re thinking about retiring early, you’ll want to carefully weigh this life-changing decision. Here's what you should know!

Retirement plans can be affected by many factors, such as job loss, health, or family responsibilities. These issues can lead people to leave the workforce and retire sooner than expected. On the flipside, many are forced to work longer than they planned to make up for the shortfalls of such events. However, if you're lucky enough to be in control of your retirement, it is important to note the benefits and pitfalls of retiring early before you make any decisions.

What is considered early retirement? Typically, leaving the workforce before the age of 65 is considered early retirement. But most see retiring "early" being in their 40s or 50s. Increasingly, employers are not offering traditional pensions to their employees, which in the past allowed them to supplement their guaranteed income and potentially retire early. What's more, Social Security can begin being collected as early as 62, but you won't receive your full benefits until age 66. With or without a traditional pension, it’s important to have a plan in place if you wish to make your dream to retire early a reality.

Pros of an Early Retirement

If you’ve had the same commute or schedule for years, it might be exhilarating to think of breaking free. Before doing so, you’ll need to ensure you have enough money set aside.

Improvement to Your Well-Being

Sleeping in and being able to do the things you have been wanting to do for an extended period of time sounds nice right? Many of us can imagine how good it feels to leave the office behind and opt in for healthier habits.

Studies have shown that retiring earlier in life makes you live longer. Obviously gender, race, ethnicity, education and other aspects of life play into that factor. An analysis in the United States found about seven years of retirement can be as good for health as reducing the chance of getting a serious disease (like diabetes or heart conditions) by 20 percent.Positive health effects of retirement have also been found by studies using data from Israel, England, Germany and other European countries.

Once you have retired, you no longer have to worry about taking time off from work to go do the things you’ve always wanted to do. One of the biggest benefits of retiring early is the health and flexibility you will have to retire. You will also have more time to see your friends and family, potentially more time with your grandchildren too. Oh the places you can go!

Plus, the earlier you retire, the more years you'll have before health issues begin to limit your mobility.

If you're feeling like it's time to make a change, don't wait until later. Starting your own business or switching fields at age 60 tends to be a challenging and risky move. However, starting earlier will give you more time to get established in your new career path.

If changing careers is something that you do want to do, it's better to retire early. A business that's launched at age 60 could easily keep you intellectually challenged and out of mischief for another 20 years or more.

Reduce The Cost of Living by Moving

If you're considering early retirement, you may be in a position to sell your home and move to a new city or state. This is especially true if you live in an area that has a high cost of living.

Let's use the example of a homeowner who purchased a house in Connecticut in the 1990s and is considering selling it and moving to a state where the cost of living is much less, such as Colorado.

This is a clear win-win for the homeowner, who can sell the home that has increased significantly in value over the years since its purchase. The owner may move to a new state with a lower cost of living and purchase a similar-sized home for much less. Any remaining money from the original home sale can go into retirement savings

If Your Financial Advisor Recommends It - Do it!

Retirement is a big deal. It's the culmination of a lifetime of hard work, and it's a milestone that deserves to be celebrated. But if you're ready to retire early, no matter how much you've saved up or how much you've planned for your golden years, it can still be a scary thing to do.

If your financial advisor signs off on an early retirement, go for it! The first 12 to 15 months of retirement can feel somewhat like jumping off a cliff — no doubt about it. This is natural: Retirees are adjusting and settling into an enjoyable retirement during this timeframe.

Trust that your advisor knows what is best for you. As Fiduciary financial advisors, it's our job to provide an overview of their solutions and overall retirement plan — and the confidence regarding their decision on when to retire falls into place.

Cons of an Early Retirement

Even if you save enough, there’s no guarantee that bidding farewell to the workplace will bring happiness. For some, early retirement can even lead to a sense of anxiety or a desire to go back to work. Some of the main drawbacks include:

Leaving the workforce early means you’ll have to support yourself for a longer time, which could last for decades. As mentioned, Social Security benefits typically aren’t available until you reach age 62. There could also be tax penalties if you withdraw from certain retirement accounts before the age of 59 1/2.

You Could Pay More Health Insurance

Your Money Needs to Stretch Further

If you retire at age 62 and live to 90, your individual retirement accounts (IRAs) and other savings will have to cover you for 28 years. If you retire at 70 and live for the same length of time, however, your savings will only have to last for 20 years. Working longer also means you'll have more years to contribute to a 401(k) or another retirement plan, and the money in your plan will have more time to compound.

What's the point of retiring early if you're the only one doing it? Retirement is meant to be enjoyed, so keeping it in line with your spouse of great friends will mean less alone time for you. What's more, office environments tend to create natural settings for social engagement. If you don’t schedule activities that involve others, you could soon be bored or disengaged with your community.

There is a lot at hand that needs to be considered before you decide to retire. Consider talking to your friends and family members who are pursuing early retirement before making a decision. You might also get in touch with your financial advisor to see if you have enough to retire early.

Having a trusted advisor on your side will make planning for the golden years easier –especially when it comes to creating a retirement plan.

If you have any questions regarding early retirement and our retirement planning services, contact us today.