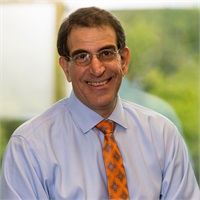 Andrew Agemy, Founder and CEO of Agemy Financial Strategies, Inc. (AFSi) has been dedicated to educating his clients and members of his community on sound financial principles for over 30 years. Andrew has won the prestigious Five Star Professional Award in the category of Wealth Management for the last 11 years straight—as seen in Connecticut Magazine, The Wall Street Journal, and many others. Additionally, he is in his second decade of receiving an A+ rating with the Better Business Bureau as well as the National Ethics Association.

Having dedicated his life to helping people retire and stay retired, Andrew’s specialty is helping clients move from the investment accumulation phase during their working years into the distribution phase, which will last the rest of their lives – retirement. As a fiduciary, he enjoys using real-world financial data to create personalized financial strategies best suited for each client’s situation.

In order to serve his clients in the most effective way possible, Andrew is dedicated to continually advancing his knowledge of the financial markets and keeping up with emerging trends, so he can communicate his knowledge to pre-retirees and retirees in a manner they can easily understand. He received the CLTC designation in 2003 and then subsequently became an MRFC.

Andrew’s belief is that a financially literate and educated retiree is a happy and stress-free retiree. That’s why, throughout his career, he’s remained committed to educating his clients and members of his community via in-person financial education workshops and online webinars.

With the goal of helping clients establish renewable streams of income they can count on well into their final days of retirement, Andrew and his team specialize in helping clients maximize their Social Security benefits, ensure proper allocations for Required Minimum Distributions, establish well-thought-out estate plans, and avoid common financial mistakes.

In 1990, Andrew started his first company, Agemy Financial Strategies, which specializes in conservative investment strategies. Nearly 10 years ago, he started the tax preparation and planning firm, Connecticut Sound Tax Group. In 2015, with the help of his son and partner, Daniel Agemy, he started the investment advisory firm, Agemy Wealth Advisors, LLC—which positions its clients to generate a dependable income regardless of market fluctuation.

AFSi became a national firm in 2020 when Andrew and Daniel opened an office in Denver, Colorado, and also became a franchise owner of the national network of Income Specialists known as The Retirement Income Store®.

As a dynamic speaker, Andrew is regularly invited to appear as a guest on various radio and TV shows. Both Daniel and Andrew host the wildly popular radio show and podcast, Financial Strategies, which airs every weekend in both Connecticut and Colorado. Andrew has also been an ordained minister for almost 40 years and has been married to his college sweetheart, Cathy, for about the same period.  They have lived in Madison, Connecticut, for over 30 years where they raised their eight children. They are now enjoying being grandparents to 5 grandchildren.